Sar-El’s purpose is to bring supporters from around the world to come to Israel and contribute to the security of Israel and Jewish communities world-wide.


We organize volunteers who make a tangible contribution to our the security of the Jewish people by assisting and volunteering on IDF Bases in a logistical support role.

We also hope to support the IDF by creating a unique volunteer experience that fosters new friendships and creates a cultural exchange between Israel and the volunteers’ home country.

We are the only volunteer program that situates volunteers directly on IDF bases and working next to and with IDF soldiers.

In the summer of 1982, in the midst of the Galilee War, Golan Heights settlements faced the disastrous prospect of losing their entire agricultural crop. The majority of able-bodied settlers were called up for army reserve duty and entire farms, with crops already ripened, were left unattended, due to the acute manpower shortage. 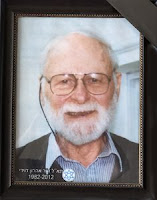 Dr. Aharon Davidi (z”l ), the former head of the I.D.F. Paratroopers and Infantry Corps, was then directing the Golan Heights community and cultural activities. Touched by the settlers’ distress, he sent a number of friends as a recruitment team to the United States. Within a few weeks, some 650 volunteers arrived in Israel to lend their support through volunteer labor. Realizing the merits of that action, those first volunteers expressed the wish that the volunteer project be continued forward as an ongoing volunteer organization. As a result, in the Spring of 1983, “Sar-El” – The National Project for Volunteers for Israel – was founded as a non-profit, non-political organization (“Sar-El” is the Hebrew acronym meaning “Service for Israel”). Over the years, volunteers from other countries came to partake in the project, and to date, Sar-El is represented in over 30 countries worldwide.

Since its inception and up through the end of 2018, the Sar-El volunteer project has brought in over 250,000 volunteers of which many have since made “Aliyah” and have become Israeli citizens. For these achievements, Sar-El was awarded the annual Moskowitz Prize for Zionism in 2010 by the Chairman of the Knesset (Israeli parliament) and this award was received by Sar-El’s chairman and founder, Dr.Aharon Davidi (z”l). Since 2012, General Zvi Shur has lead Sar-El as the chairman and continues the organization’s contributions to the welfare of Israel.

The Goals of SAR-EL are outlined below as our guiding organizational principles:

1. Encourage, promote, organize and take part in voluntary initiatives, at home and abroad, in order to support Israel.
2. Create opportunities for Jews in the Diaspora, as well as friends of Sar-El, to take part in shaping Israel’s future and further their connection to Israel.
3. Increase Jewish identity within Diaspora teens and young adults and encourage their will to come to Israel and volunteer.
4. Introduce the benefits of moving to Israel, making this country their homeland and the possibility of Aliyah.

Boot Camp With a Twist 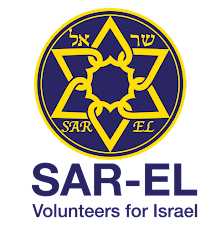